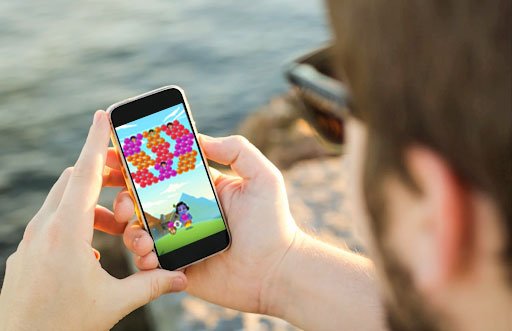 Mobile devices have changed to a great extent in the last few years. With powerful processors and RAM sizes increasing rapidly, they have grown close to being competitive with PCs, especially with mobile devices using the cloud now. Today with an array of devices developed, a gamer just needs to plug in his mobile phone into the docking station and connect to the big screen for a gaming experience of that on a PC.

The gaming industry has begun to shift dramatically in India, establishing itself as one of the top gaming markets in the world. The graph below shows detailed mobile games statistics and insights into the India Android game market with a focus on mobile games only.

In 2019 the global gaming market was valued at USD 151.55 billion, and is expected to reach a value of USD 256.97 billion by 2025, registering a CAGR of 9.17% over the forecast period (2020 – 2025). With the number of Gamers constantly increasing worldwide, Game developers across emerging economies are constantly striving to enhance gamers’ experience by developing codes for diverse console/platforms, such as Xbox, PlayStation, and Windows PC. 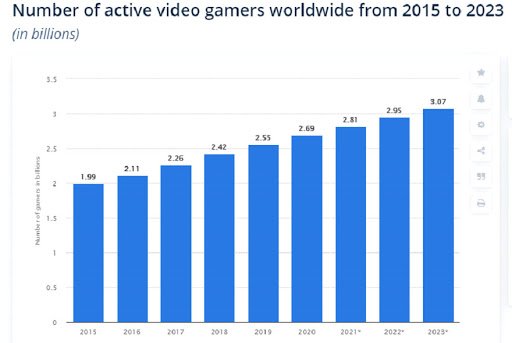 Overall, 3% of all game publishers on Google Play are from India.

PC games are browser-based games or can be downloaded onto a PC.

Mobile Games are games that are played on smartphones, tablets, and similar devices. With increased mobile screens and better resolutions, it’s possible to play games that could once only seem feasible with a PC.

The early 2000s gave access to the rise of casual games as personal computers started trending to a greater extent. A few years before, the market was dominated by 8 to 16-bit Atari gaming consoles (wikipedia link, can keep or remove) that allowed players to play their games on the home TV in an advanced manner. Gradually, PCs were established as the only reliable gaming foundation for serious gamers. Video games became fun with powerful processors and graphic cards.

Since then, the world of PC games has grown aggressively; that was once traditionally dominated by PC games like Counter-Strike and League of Legends, to name a few.

Coming to the development side below points highlight some of the pros and cons that come with PC Games and Mobile Games.

Today, the mobile phone game sector is a revolution that is dominating the gaming industry, especially with the participation of youth. The reason is apparent. As everyone today carries a mobile device at all times. The future of the mobile game market looks bright with advanced technology and more access of people to the internet globally.

Besides these, some various advantages and disadvantages come with playing PC games and Mobile games.

Mobile games can be played anywhere anytime; the same is not the case with PC Games as it requires a dedicated system and set-up.

Consider a player is about to win a challenge or cross a level, and the power goes off? Alas! It has to be started all over again.

Power Outage causes a disruption to the PC Game lovers whereas with Mobile Games it can be continued or at least there is an idea about the charging level, which helps make an informed decision to play.

If there is a Memory Storage issue, it is always easy to delete unwanted apps form mobile and make space compared to that on a PC.

Mobile Battery low issues and warnings can be disrupting while playing games on it.

Calls interrupt games in mobile; this is not the case with PC Games. But likewise, Internet updates could cause a problem with PC games.

PC Games come entirely to a halt if the Wi-Fi goes out, whereas, Mobile games are not depended on Wi-Fi interruption as they can be played through mobile data which most people have nowadays despite dedicated Wi-Fi connection.

Both PC games and Mobile games are unique with the features and flexibility they offer, and there is a gaming community for both. With the rising boom of emerging games, it seems a matter of fact that both are here to stay and continue entertaining the hungry birds fond of this industry.